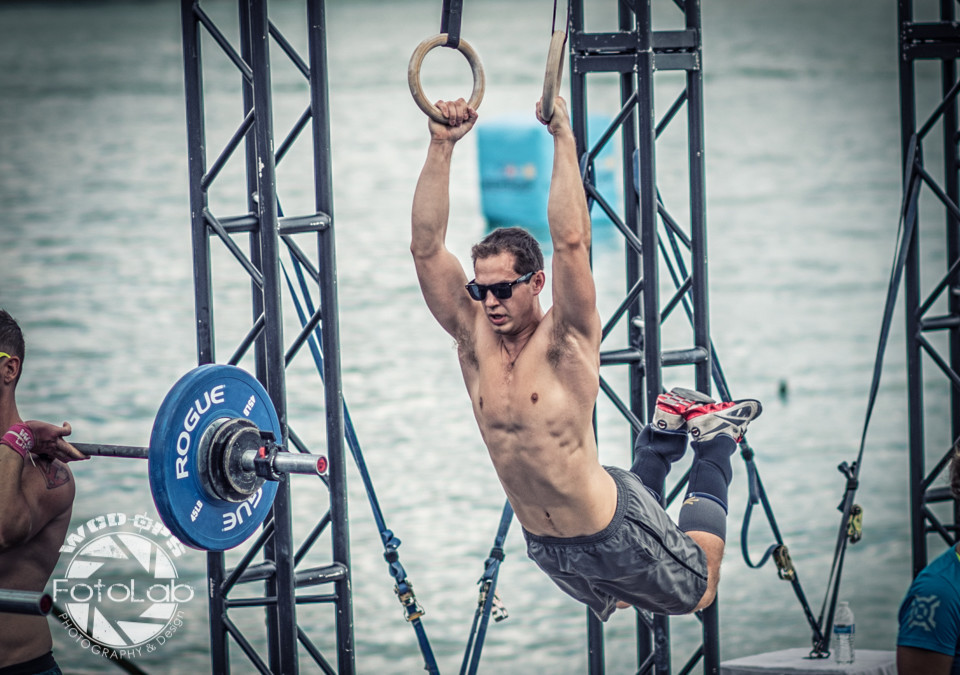 What got you into CrossFit? 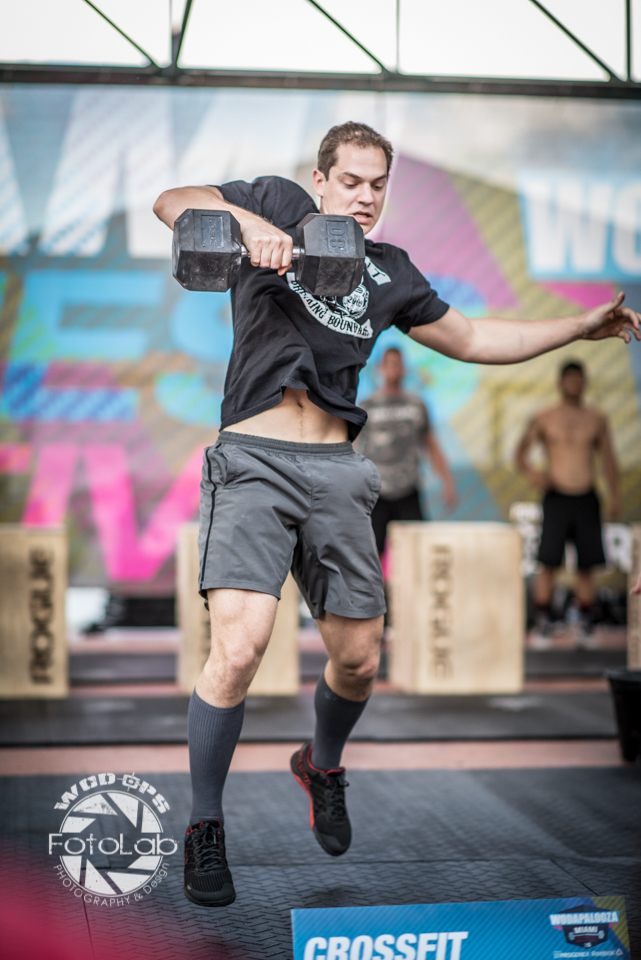 My very first experience was from my sister-in-law.  She had been doing crossfit about 2 years at the time and tried to get my wife and I to participate.  We did a team chipper workout and it about killed me.  I could not stand for about 30 minutes without feeling like I was going to black out.  I did not like it.  2 years later, my wife and had had become avid climbers, but we had plateaued and needed something to help us progress.  We Grouponed around, hoping to do it a couple of months, break through our plateau, and take home some knowledge of we need to do to better ourselves.  Our first round was at CrossFit Alpharetta.  It was fine, but nothing worth sticking around.  Then we found CrossFit Breaking Boundaries.  Our first workout was Memorial Day Murph.  I was the last one finished at 1 Hour, 42 minutes.  I walked the whole last mile.  But everyone was there still cheering.  I felt like I belonged.  A few weeks in, we were asked to do a competition, and we obliged.  The competition was the day our Groupon for CFBB expired, and I was sad.  I really wanted to stick with it, not just for the workout, but for the people.  After our competition, we went over to Debbie’s house, and it was then.  I was sold, not just on CrossFit, but on the new family I had found.  We signed up the following Monday and been here ever since.

What was the turning point for you where you knew you were gonna stick with this craziness we call CrossFit?

Doh!  I kinda answered that in the previous question….

What has been your proudest moment of CrossFit?

Honestly, I can’t really name one specific.  I have had so many great experiences with CrossFit.  Whether its been chasing the higher weights, or the lower times, there is always that next Objective you want to accomplish.  So, my most recent proudest moments were competing at Wodapolooza with 2 of my closest friends, followed by Over Head Squating more than my starting deadlift weight. 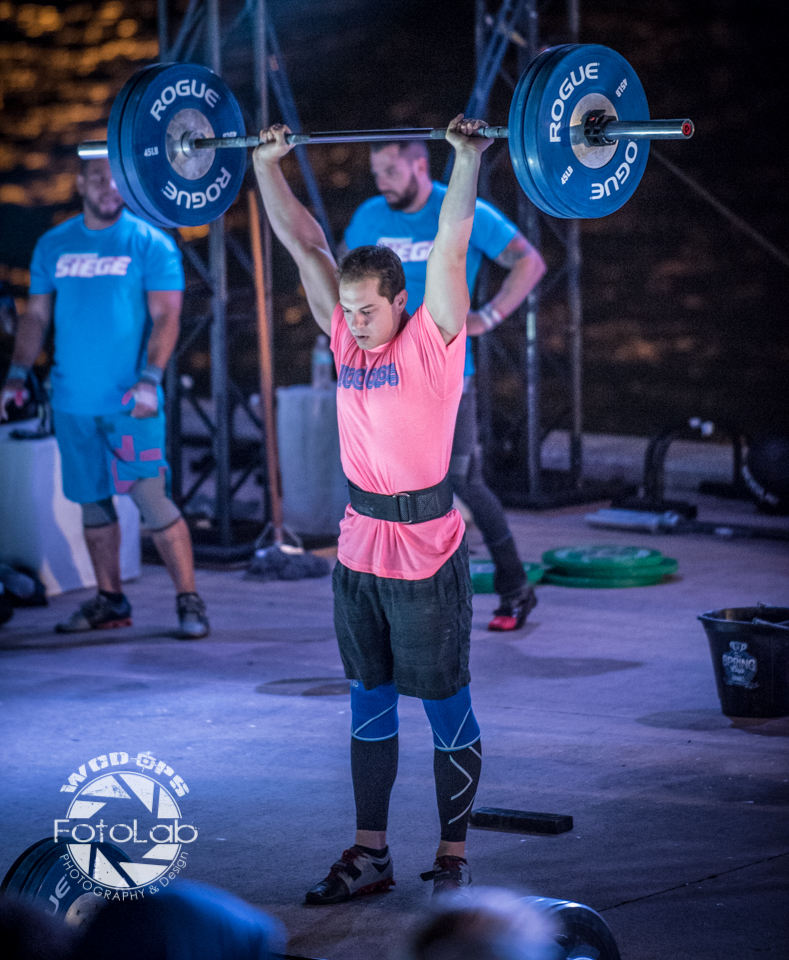 What is your favorite exercise?

I would have to say double unders because I’m good at them.  I am very frequently advertised as “good at the stuff no one else is.”  I love pistols, double unders, butterfly pullups/c2b, muscle ups, rowing, swimming. 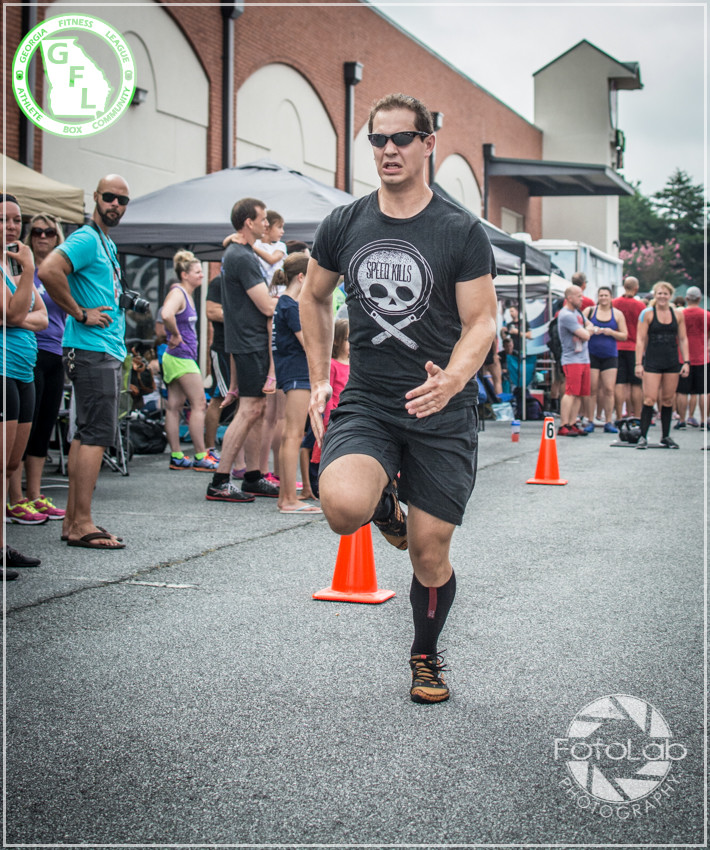 In one sentence, how would you describe CFBB to someone who has never been?

CFBB is a group of people who will push you to do more than you thought possible, and you would proudly call them family afterward.

If you could have any superpower what would it be & why?

Lastly, tell us something about you we probably don’t know.

Some may know this, others may not.  I am very easily startled.